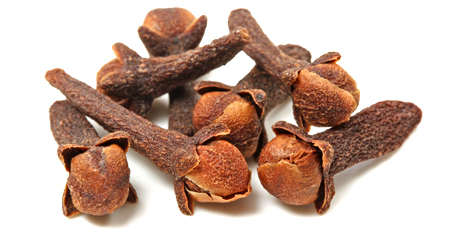 Cloves are the unopened pink flower buds of the evergreen clove tree. The buds are picked by hand when they are pink and dried until they turn brown in color. Cloves are about 1/2-inch long and 1/4-inch in diameter and with their tapered stem. In fact, their English name is actually derived from the Latin word clavus, which means nail. Brazil is the Third Largest Producer of Cloves in the world.

Cloves are the unopened flower buds of the clove tree. Cloves are by far the most prominent of the spices known as "flower spices". When fresh, they are pink, when dried, they turn to a rust-brown colour. Dried cloves are brown, hard, and nail-like in shape. The English name derives from the Latin clavus (nail); the French word for nail is clou. As a spice, in whole or powder form, cloves are used in cuisines all around the world.

Cloves plant is an evergreen plant that grows in tropical and subtropical conditions. The clove plant grows as a small, compact, evergreen bush, which thrives in warm, humid, climates. If allowed to flower, the plant produces a striking pink flower, which is then followed by purple berries. Cloves tree grows from eight to twelve meters in height, the clove tree produces flower buds in clusters that are pale in color at first, become green, and then bright red, when they are ready for harvesting. The buds are generally picked up when they reach 1.5-2 cm in length. A single tree may yield up to 75 pounds of dried flower buds.

The flower buds of the clove plant go through several stages, and must be picked at the right time in their development in order to be usable. The buds start out a pale, milky white color, which gradually shifts to green. Just before blooming, the flowers take on a deep red color - it is at this stage that they are ready to be picked. The cloves are then harvested from the plant and dried. Well dried cloves (8-10% moisture) can be stored in gunny bags without damage by fungus and insects for 1 or 2 years. 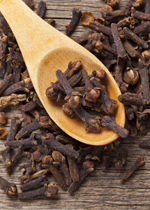 Terminal flower clusters start out with a pale color that turns to green at first then bright red as the flowers form. Structurally, each bud consists of a long calyx; terminating in four spreading sepals and four unopened petals. These closed petals form into a small ball (dome) at the top. Cloves are harvested just before the flowers mature so that the four flower petals don't open and instead stay in little ball shapes. Some think that cloves look like little nails, so the head of the nail would be the ball of flower petals surrounded by four sepals. Cloves are harvested by hand-picking in late summer and again in winter. The dried cloves are a dark reddish-brown color and they vary in size from ½ to ¾ inch long. The sweet aroma of cloves is due to eugenol, an essential oil in them.

Clove is largely used as dried whole buds. Ground clove is used for curry mixtures and clove oil is used for flavoring foods and in pharmaceutical perfumery industry. Cloves are used either whole or ground to provide flavor for both sweet and savory foods in pickling and the production of sauces and ketchups. In medicine it is valued as a carminative, aromatic and stimulant. It is being used in cigarette industry as a flavoring agent. Clove oil is used in perfumes, in dentistry and a clearing agent in microscopy.

1-Better Digestion – Cloves improve digestion by stimulating the secretion of digestive enzymes. Cloves are also good for reducing flatulence, gastric irritability, dyspepsia and nausea. Cloves can be roasted, powdered, and taken with honey for relief in digestive disorders.

2-Antibacterial Properties – Cloves have been tested for their antibacterial properties against a number of human pathogens. The extracts of cloves were potent enough to kill those pathogens. Clove extracts are also effective against the specific bacteria that spreads cholera.

3-Chemo-Preventive Properties – Cloves are of interest to the medical community due to their chemo-preventive or anti-carcinogenic properties. Tests have showed that cloves are helpful in controlling lung cancer in its early stages.

4-Liver Protection – Cloves contain high amounts of antioxidants, which are ideal for protecting the organs from the effects of free radicals, especially the liver. Metabolism, in the long run, increases free radical production and lipid profile, while decreasing the antioxidants in the liver. Clove extracts are helpful in counteracting those effects with its hepatoprotective properties.

5-Diabetes Control – Cloves have been used in many traditional remedies for a number of diseases. One such disease is diabetes. In patients suffering from diabetes, the amount of insulin produced by the body is not sufficient or insulin is not produced at all. Studies have revealed that extracts from cloves imitate insulin in certain ways and help in controlling blood sugar levels.

6-Bone Preservation – The hydro-alcoholic extracts of cloves include phenolic compounds such as eugenol and its derivatives, such as flavones, isoflavones and flavonoids. These extracts have been particularly helpful in preserving bone density and the mineral content of bone, as well as increasing tensile strength of bones in cases of osteoporosis.

7-Anti-Mutagenic Properties – Mutagens are those chemicals that change the genetic makeup of the DNA by causing mutations. Biochemical compounds found in cloves, like phenylpropanoids, possess anti-mutagenic properties. These were administered on cells treated with mutagens and they were able to control the mutagenic effects to a significant rate.

8-Anti-Inflammatory Properties – Cloves possess anti-inflammatory and pain-killing properties. Studies on clove extracts being administered in lab rats suggest that the presence of eugenol reduced the inflammation caused by edema. It was also confirmed that eugenol has the ability to reduce pain by stimulating pain receptors.

9-Boosts the Immune System – Ayurveda describes certain plants to be effective in developing and protecting the immune system. One such plant is clove. The dried flower bud of clove contains compounds that help in improving the immune system by increasing the white blood cell count, thereby improving delayed type hypersensitivity.

10-Cure for Headaches – Headaches can be reduced by using cloves. Make a paste of a few cloves and mix it with a dash of rock salt. Add this to a glass of milk. This mixture reduces headaches quickly and effectively.

Although cloves are now grown around the world. Indonesia, Zanzibar, Madagascar, Comoros, Sri Lanka and Brazil are some of the major clove producers. Indonesia is the largest producer and consumer of clove. In Brazil, clove is cultured in the northeast region, in the state of Bahia in the regions of Valença, Ituberá, Taperoá, Camamu and Nilo Peçanha, where approximately 8,000 hectares are cultivated, producing near 2,500 tons per.

Cloves consumption around the world is increasing day by day. Saudi Arabia, USA, France, Singapore and India are the major importing countries. The USA is the world’s largest importer and takes most of Brazil’s Cloves exports.

Where does a clove come from?

Cloves are the rich, brown, dried, unopened flower buds of Syzygium aromaticum, an evergreen tree in the myrtle family. The name comes from the French "clou" meaning nail. Cloves come from Indonesia, Madagascar and Brazil.

They are renowned for providing their uniquely warm, sweet and aromatic taste to ginger bread and pumpkin pie, but they can also make a wonderful addition to split pea and bean soups, baked beans and chili. Cloves are the unopened pink flower buds of the evergreen clove tree.

What are cloves used for in cooking?

Cloves are the dried flower buds of an evergreen tree native to eastern Indonesia. Cloves are a versatile spice that can be used in drinks and in both sweet and savory dishes.

Recipe for Beverages with Cloves 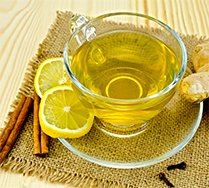 A: Lightly crush the cloves and put into a saucepan with the nutmeg and cinnamon.
B: Add a cup of water and heat to boiling. Turn the heat down and simmer for 2-3 minutes.
C: Turn off the heat and let steep (sit) for 5 minutes.
D: Pour through a tea strainer and, if using, add the lemon juice or honey or both.

Recipe for Cooking With Cloves 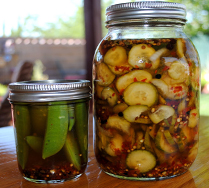 A: Place cucumbers in a container, add salt and top with cold water until covered. Refrigerate for 24 hours before draining liquid (do not rinse).
B: In a large pot, add sugar, vinegar, allspice and cloves and bring to a boil.
C: Fill glass canning jars with the cucumbers and cinnamon sticks, placing at least two sticks in each jar.
D: Pour the hot pickling liquid over the cucumbers, taking care to make sure some cloves and allspice are in each jar.
E: Cover jars and refrigerate for at least 48 hours to complete the pickling process. Pickles will keep in refrigeration for up to one month.

Recipe for Dessert With Cloves 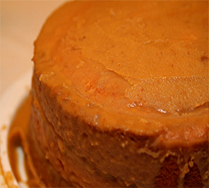 A: Preheat oven to 350F.
B: Lightly grease 10-by-4- inch tube pan.
C: Sift 2-3/4 cups flour with the cloves, cinnamon, baking powder, soda, and salt; set aside.
D: Toss raisins with remaining flour.
E: In large bowl of electric mixer, at medium speed, beat shortening until creamy.
F: Gradually add sugar, beating until mixture is light and fluffy—about 5 minutes.
G: In small bowl, beat eggs until very light and fluffy. Blend into sugar mixture at medium speed, using rubber scraper to clean side of bowl.
H: At low speed, alternately blend flour mixture (in thirds), and milk (in halves), into sugar-egg mixture, beginning and ending with flour mixture. Beat only until blended. Stir in floured raisins.
I: Pour batter into tube pan; bake 60 to 65 minutes, or until cake tester inserted in the center of the cake comes out clean.
J: Cool in pan on wire rack 20 minutes. Gently loosen with a spatula; turn out of pan onto rack.
K: Cool completely — about 1 hour.
L: Frost with Caramel Frosting.
M: Slice into wedges and serve. Makes 16 servings.